HALEY: 1.____________ tells you "no" all day long. It mocks you over and over again. Telling you, you're an idiot. That you're crazy. If you like running full speed towards a stationary object, vault's for you. If you like peeling pieces of skin the size of quarters off your hands, bars is for you. Because the only thing more fun than rips is when your rips get rips. It's super sexy. And floor... Are you serious? I mean, who doesn't wanna parade around in a leotard getting wedgies and doing dorky 2.____________? It's delicious. If you like falling, then gymnastics is the sport for you. Oh! You get to fall on your face, your ass, your back, your knees and your pride. Good thing I didn't like falling. I loved it!
COACH: Hey. This mean you can finally walk again? Or should we keep the icemaker on overdrive?
HALEY: Question, they say those who can't do, coach. So I was wondering, what's your excuse?
COACH: Ha, ha, ha. No excuse. Missed a release move on high 3.____________, fractured my spine. No biggie. When I finally got the OK to train... ...got back up on the tramp and, you know, things were different. Threw a layout. Threw a full. And, uh... Losin' traction.
HEALEY: I'm not poppin' shit.
COACH: Oh, really? You sure?
HEALEY: I'm so sure I'm practically deodorant.
COACH: You are such a con artist. –
HEALEY: What?
COACH: Haley...Do a handstand. Now. You're pushin' it. Let your clutch out slower. Get some 4.____________. That way you won't be fishtailing all over the place. You won't crash. - Stop flooring it.
HEALEY: Way to build trust. Mat burn.
ANNOUNCER: Instead her teammates, spectators and coaches alike by walking out of the arena and into an automatic 5.____________. Tricia will try to make that World Championship team one more time, and win that elusive World Championship hardware.
Postado por Roberta Gomez às 17:44 Nenhum comentário:

COACH: Well it’s real simple: You got two more 1.___________ and that’s it. Now most of you have been playing this game for ten years. And you got two more quarters and after that most of you will never play this game again as long as you live. Now, you all have known me for a while, and for a long time now you’ve been hearing me talk about being perfect. Well I want you to understand something. To me, being perfect is not about that scoreboard out there. It’s not about winning. It’s about you and your relationship to yourself and your family and your friends. Being 2.___________ is about being able to look your friends in the eye and know that you didn’t let them down, because you told them the truth. And that truth is that you did everything that you could. There wasn’t one more thing that you could have done. Can you live in that moment, as best you can, with clear eyes and love in your heart? With joy in your heart? If you can do that gentlemen, then you’re perfect. I want you to take a 3.___________. And I want you to look each other in the eyes. I want you to put each other in your hearts forever, because forever’s about to happen here in just a few minutes. I want you to close your eyes, and I want you to think about Boobie Miles, who is your brother. And he would die to be out there on that field with you tonight. And I want you to put that in your hearts. Boys, my heart is full. My heart’s full. Ivory.

TEAM: Our Father, Who art in 4.___________, hallowed be Thy name; Thy Kingdom come, Thy will be done on earth as it is in Heaven. Give us this day our daily bread and forgive us our trespasses as we forgive those who trespass against us and lead us not into temptation, but deliver us from evil. For Thine is the kingdom, the power and be the glory, forever. 5.___________
Postado por Roberta Gomez às 17:37 Nenhum comentário:


ANNOUCER: Next up, the 5,000 1.__________ with America's record-breaking Don Lash leading the American team. Along with newcomer, Louie Zamperini.

ANNOUCER: And already, three sections of runners have formed with America's Don Lash and the Finnish Salminen and Hckert ahead of the pack. The Finns always the 2.__________ in this long-haul event. In the second group is America's Louie Zamperini. The Finns, Hckert, Lehtinen and Salminen have set the pace and they are not letting up. And Zamperini is fading, too, dropping further back. And into the 8th lap it's the Finns still in the lead, with Salminen in first 3.__________.

ANNOUCER: And we start the last 4.__________. The Finns seem to be in control. It doesn't look like Don Lash is gonna bring home the medal for the USA. There seems to be some movement back in the pack. Yes, that's Zamperini overtaking Norway's Rolf Hansen. He seems to have some gas in reserve. He really is making up some time. Hckert and Lehtinen will be one and two. But look at that Zamperini! He's got Don Lash in his sights. Well, the great Don Lash is not gonna be the first American, folks. It's high school kid Zamperini pushing past the record-breakers on this field! I have not seen that! I have not seen that! That final lap, folks, the record for that was 69.2 seconds. Zamperini just did it in 56 seconds. That 5.__________ is going to hold for a while, let me tell you.
Postado por Roberta Gomez às 17:23 Nenhum comentário:

OPPONENT: Didn't know they grew 'em so small down on the farm.


COACH: All right, 1.__________, gather around. Come on. I want you to look around. Best in the state, right? Every team that's here deserves to be, including you. But they haven't got what you got. All right? They don't get up at dawn like you and go to work in the fields. Right? They don't go to school all day and then go back to those same fields. That's what you do. And then you come out with me and you run 8 miles, 10 miles, and you take on... You take on even more pain. These kids don't do what you do. They can't even imagine it. When I went out in the 2.__________ that day with you Diaz kids, I'll be honest with you, it was a... It was the worst day's work I ever had to do in my life. And I said to myself, "Whatever kind of crappy job I end up in, "it'll never be as tough as that." You kids do it every day. And your 3.__________ hope they can do it every day, and they'll do it for a lifetime if it means a better life for you. You guys are superhuman. What you endure just to be here, to get a shot at this, the kind of privilege that someone like me takes for granted? There's nothing you can't do with that kind of strength, with that kind of 4.__________. You kids have the biggest hearts I've ever seen. Now go run your race. Thomas, you're the captain.
THOMAS: Hey, 5.__________. You wanna call it?
COACH: Uno, dos, tres. McFarland!
Postado por Roberta Gomez às 16:45 Nenhum comentário:


Well, you only look about a million times better than before.

A friend of mine left town. We had this kind of going away thing.

What the hell, I shall keep you company.

Bust. It's been like that. Blackjack. I lose more friends this way.

I'll tell you why. Because there's a weight on my shoulder now. Locks right into my shoulder now. It's happened. I've got to go for the throat, Cass. Because of all the people in all the casinos in all the world, luck's come camping with me. So, yes, I want you to hit my 19. And I'd like a two. Two is 21. Means I win. My two please, Cass.

MONICA: So I wouldn't need any, right? Cause I have a straight.

RACHEL: Oh, good for you!

CHANDLER: OK Phoebs, how many do you want?

RACHEL: Oh wait, I have the ten of spades! Here!

I assume my time is as good as anyone's.

I don't believe we've had the pleasure of your company before, Mr...

Philippe Weis. You must come from time.

You don't have a guard, Mr. Salas?

I assumed I was amongst friends.

Bet you 50 years. You must be young. When you've been 25 for 85 years, like I have, knowing only a random act of violence can take your life, you learn to appreciate what you have.

And you seem to have a lot to appreciate. I call.

But isn't this just the next logical step in our evolution? And hasn't evolution always been unfair? It's always been survival of the fittest. Raise you another two centuries. This is merely Darwinian 5.__________. Natural selection.

Absolutely. The strong survive. And I think your hand is weak. I call.

It appears you're all in, Mr. Salas. Thirteen figures. Well played. That was some risk.
Postado por Roberta Gomez às 16:33 Nenhum comentário:

You know, I'll have one of those.

My friend, bring me one as well. Keep the fruit.

That's it? Anyone want to play poker now?

Would you excuse me? You taste nice.

I thought we dispensed with covers.

No. We dispensed with one that was of no use and created another that is. Is he watching?

This is me in character pissed off because you're 4.____________ so fast we won't be here past midnight. Oddly, my character's feelings mirror my own.

You know, that's not half bad.

What do you mean?

The twitch he has to hide when he bluffs.

Bluffs? He had the best hand.

Which he got on the last card. The odds against were 23-to-1, and he'd know that. When he did his first raise he had nothing. Winning was blind luck.

Well, good to see there's something of the old town Ieft. Now, humor me a minute. How would you have played this? Okay, here's how it went. Seat three, he bets. Seat four, he raises. Seats five and six fold. Seat seven calls. Seat eight folds. Seat one raises over the top. Seats two and three fold. Seats four and seven call. Only three players Ieft to see the 1.___________.

You're seat four. The raise and the call. You're sitting on something.

Most likely. To be certain, I make a small raise and...

Why do you say that?

He reads you for pocket aces. Wants to drag you along, get another bet in before he puts the hammer down.

I call. Okay, on the river what should show up? Another ace. Makes me the man and a half, three aces. So I bet. He says: "I don't think you had aces going in. I think you got stubborn with a bully ace. I think my hand is still tall." And he raises. Big. Something doesn't feel right. Like... ...I'm about to walk into Hydra with his nine heads, so I just.... I call and I turn over my pocket aces. And he rolls over....

You got it. A club flush. On the come-all-along.
Postado por Roberta Gomez às 14:30 Nenhum comentário: 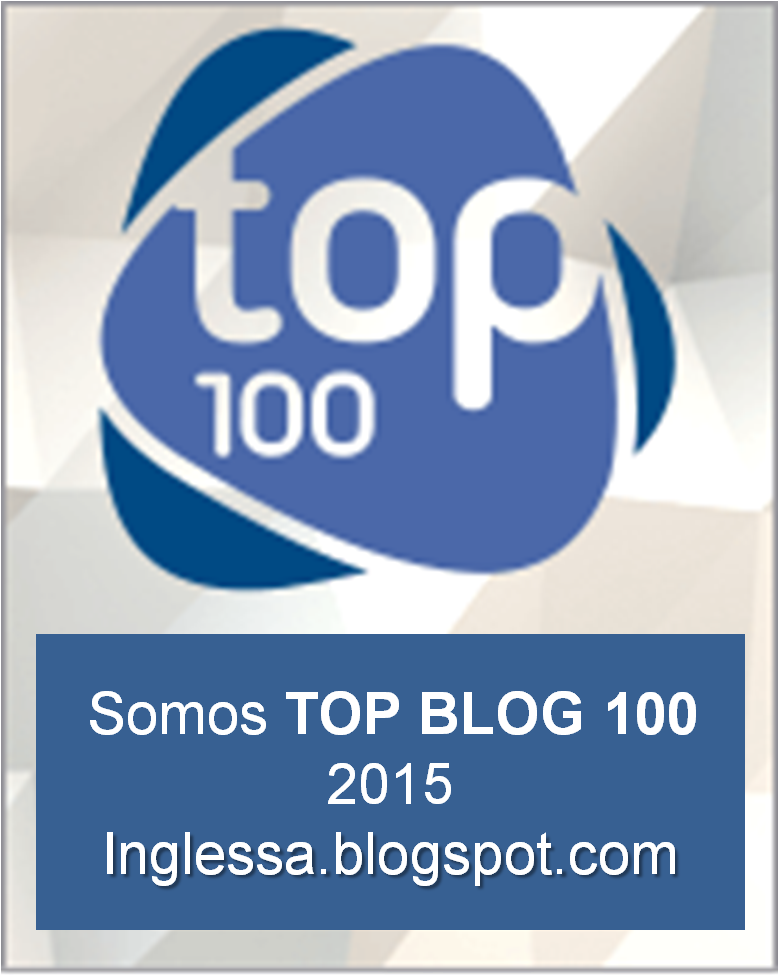